The legs, the lips, the hair and the voice - Tina Turner has been entertaining crowds for more than 50 years.
And now, kick-starting Bio’s Month of Music, you can catch the legend in concert on her recent sell-out stadium tour.
The Queen of rock and roll, who President George W. Bush proclaimed had ‘the most famous legs in show business’, Tina Turner has been belting out the hits for more than a century.
She took to the road on a worldwide comeback tour in 2008/9 to celebrate her golden anniversary. This concert, which was released on DVD as Tina Live, was filmed in front of 90,000 adoring fans in Arnhem, the Netherlands, and features many of her greatest hits.
With her trademark powerful voice, mane of wild hair and dance moves that belie the fact the icon is now in her seventies, Tina always puts on a fantastic show, and she works her way through her back catalogue, with her belting out Proud Mary, Nutbush City Limits and River Deep, Mountain High. There are a few covers, too, including Get Back, Jumpin’ Jack Flash and Addicted To Love.
All the big numbers which have helped her to sell more than 180 million records worldwide are also here, including Steamy Windows, What’s Love Got To Do With It, James Bond theme Goldeneye and Private Dancer.
Watching Tina give everything she’s got, it’s easy to see why – after all these years – she’s still simply the best.
Music Month: Tina Turner BIO: SAT 6 AUG, 9PM
SKY TV Tina Live 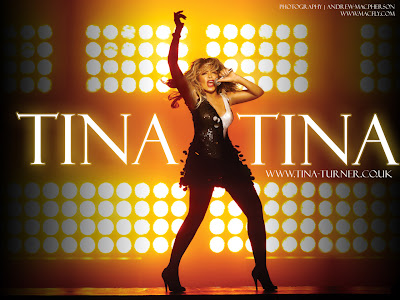