You Gotta Raise Your Hands..Remix Edit

An Old Ike and Tina Turner Song that was remixed in 2005. No idea when Ike and Tina originally recorded it.
Posted by B at 16:53 No comments:

Cinderella moment David Bowie made me a star again!

Tina Turner was living in poverty and fearing for her life after her split from Ike - until twist of fate transformed her into the biggest female rock icon of all, as she reveals in her own words 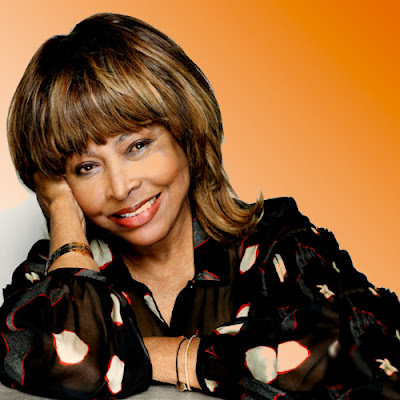 in the first extract from her enthralling new biography on Saturday, the Queen of rock 'n' roll Tina Turner told how her life was saved by a new kidney — donated by her husband. Today, she tells how after divorcing her violent, cheating first husband Ike, she rebuilt her career with a little help from some very famous fans...  (Taken from the UK Daily Mail paper)

This was it: the day my husband Ike and I finally faced each other in a judge's chambers. At 39, I was about to win my freedom.
Not that there was much else to celebrate. I'd been left with two sons and two stepsons, nowhere to live, horrendous debts and a singing career — now that I was no longer part of the Ike and Tina Turner Revue — that was all but dead in the water.
'Young lady, what do you want?' the judge asked me, as Ike gave me threatening looks.
When I mentioned that I'd left some jewellery behind, Ike snapped: 'There's no jewellery.' I could see where this was going: he was planning to spin out the divorce. 'Forget the jewellery,' I told the judge. 'Forget everything. It's only blood money. I want nothing.'
Actually there was just one thing: my own name. I'd been born Anna Mae Bullock, but it was Ike who'd come up with 'Tina Turner' when we first started performing — and he still owned the name as a trademark.
To my relief, the judge ruled in my favour. So I walked out of that courtroom with just my name. Oh, and two Jaguars — cars that had been given to me personally.

The new Tina Turner Official Biography will be released on the 18th of October 2018. This will bring Tina's story bang up to date. The book promises to be an in depth re-telling of her her life including the high and low points of her professional and personal life. The Book is available in Hard back, CD and audiobook.

The Passing Of Craig R.I.P. 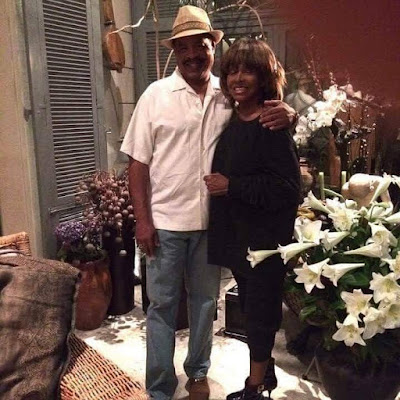 Our Thought and prayers are with Tina at this Sad Time. 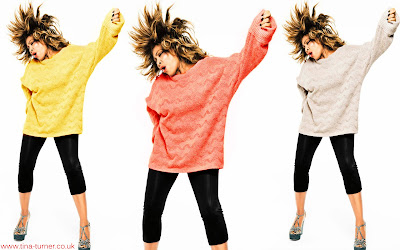 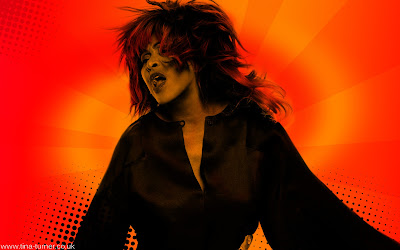 Image's taken from the Vogue Photoshoot.
Posted by B at 02:50 No comments: 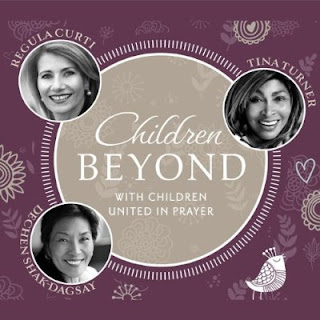 The rock legend Tina Turner, the Christian Regula Curti and the Buddhist Dechen Shak-Dagsay are releasing their new CD - 'Children Beyond'. This is the follow-up project to the successful 'Beyond' CD which gave the singers' musical interpretation of Christianity and Tibetan Buddhism traditions and sold over 100,000 copies worldwide. It was not only these three singers who contributed to 'Children Beyond' but also thirty children. The CD is a musical interpretation of prayers and mantras from the five world religions and Sikhism. These were set to music by Roland Frei from NJP-Studios with a bridging combination of East-West melodies. The children sang the prayers and songs on 'Children Beyond' in the old languages of Arabic, Hebrew, Latin and Sanskrit. Furthermore, the singers were selected in consultation with various religious leaders to reflect different religious beliefs.

Welcome To The Tina-turner.co.uk Blog

This blog will be uploaded with Tina Turner Wallpapers, image, videos and maybe some news when I get the Time :)
Like our facebook Page: Tina Turner Fan